Spotlight on the 2 women managing German wolves against all odds.

Wolves are predators of the family Canidae, and although they do not target humans directly as prey, farmers consider them as enemies of their livestock. Generally, if given the chance they will feed on sheep, calves, and other livestock. Therefore, farmers in Germany are asking for a right to kill wolves.

But this issue is not as straight forward as these farmers think. Humans have been encroaching on jungles and forests to build homes, plant crops, and rear livestock for centuries. Of course as we do this, we gradually deprive wild animals, including wolves, of their natural prey.

However, when these wolves fight back to feed their hunger by attacking livestock, it becomes big news and we in turn try to kill them. Most times, people do this without even thinking about the imbalance we are creating in nature and the ecosystem.

German wolves share in this problem and that’s the summary of their situation to date.

Since the gradual return of wolves to parts of Germany, there’s been a lot of debate for and against accepting these animals back. But, here are examples of two brave women managing German wolves. They are also working against all odds to take care of these creatures and they have been doing so for years now.

One among them is Valeska de Pellegrini who is the wolf commissioner of Brandenburg, a state in Germany. The second lady is Tatjana Schneider who comes from Brunsbuttel in Germany. She works in a wolf sanctuary as a director in Saarland.

Below are the stories of these two tough ladies working hard to bridge the gap between the homo sapiens and German wolves. 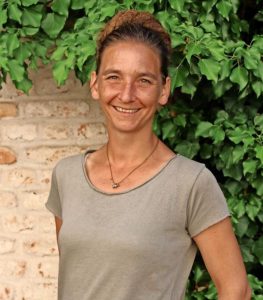 Valeska de Pellegrini was selected among 100 candidates as one of two commissioners for this position by the Federal Ministry of Food and Agriculture. This 39-year-old Munich-born researcher had to undergo various tests on several topics which included an understanding of the behavioral patterns of wolves too.

She also wrote and presented a press release on the death of livestock reportedly killed by wolves.

As part of her daily tasks, she provides consultations to shepherds and farmers on several aspects of wolf management. Topmost of these is helping them to understand better how to take necessary precautions to protect their livestock from predators.

In addition, on her trips across the state of Brandenburg, the wolf commissioner shares her knowledge on several other issues. For instance, the ban on wolf slaughter, compensation payouts for killed livestock, and other protective measures against carnivores. She also coaches them on using voltmeters for regular checks on their electric fencing.

“Wolves can usually perceive that the fence is disabled, even from a distance.” – Valeska de Pellegrini 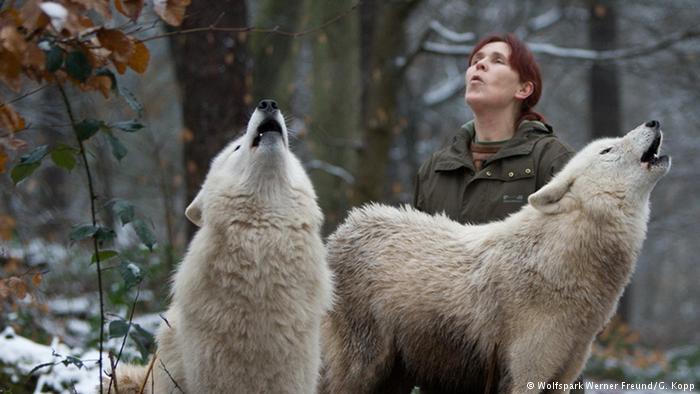 The story of Tatjana Schneider and wolves started in 1993 when she joined the Werner Freund Wolfspark as a volunteer. Later she became assistant to Mr. Werner Freund, who is popularly known as the Wolfman of Germany. This 49-year-old lady from Brunsbüttel, Germany became the director of the park after the death of Mr. Werner.

Over the span of 18 years, she has successfully raised 38 wolf cubs from several different countries. Now she understands the behavioral patterns of each one and shares a special bond with them.

She sketches wolves, feeds them, cares for their wounds and even howls with them. This has created a special bonding between her and the wolves.

Today she is fondly referred to as the ‘Mother’ to over 30 wolves.

“Every wolf is an individual. Each one has its own character,” – Tatjana Schneider

According to the story of these two brave ladies, it becomes evident that if predators are given enough love and care then they can also live with humans in a friendly manner. Several times when wolves are found to have killed livestock, it turned out the farmers mistakenly disabled their electric fences, giving an open invitation to predators.

So rather than slaughtering predators, it’s better to take preventive measures and let them live in their own space.

Between the two of them, these two ladies have been taking care of several species of wolves including Canadian timber wolves, Swedish, Mongolian as well as Arctic wolves.

These inspiring ladies teach us that we must not only protect the livestock that give us wool, milk, and meat, it is also important to allow other animals to live in their own way.

When the Wolves Returned: Restoring Nature's...
$6.29
Add to Cart