The Arctic Wolf may look like a creature from a fantasy tale: but it’s not. This animal is real, but threatened by climate change.

The arctic wolf is a subspecies of gray wolf that’s native to parts of Northern Canada and Greenland.

They are generally smaller in size and whiter in color than their close look-alike: the northwestern wolf. These are very versatile creatures that are able to withstand most of the year in below zero temperatures.

The Arctic wolf hunts lemmings, rodents, and Arctic hares, though it can take bigger prey like caribou when available.

Dire Wolves are so popular now that the only prehistoric animals that rival them in fame are mammoths and saber-tooth tigers.

Artist Illustration Of Dire Wolves Hunting In A Forest.

Like many people, you may have wondered if Dire Wolves ever really existed or if this animal is just another result of the hyperactive imagination of a movie producer. Well, dire wolves are real. Or rather, were real.

The dire wolf is an extinct species belonging to the genus Canis. It ranks high among the most famous and indeed fascinating prehistoric carnivores ever along with its also extinct competitor, the saber-toothed tiger (or saber-toothed cat).

The Wolf is one of the most persecuted mammals on Earth. Here are 10 places to visit wolf sanctuaries and reserves protecting them.

A Mexican Gray Wolf. A Captive Breeding Program Saved These Wolves From Extinction.

Wolves have been persecuted by humans for centuries now, there’s no doubt about it. In fact, many species of wolf actually no longer exist. For instance, wolves like Japanese wolf and the dire wolf were once abundant in their native territories but that’s no longer the case.

Certainly the only place you can see them now is in museums and the history books.

The Mexican Wolf is another species that would have gone extinct by now if not for a quick intervention.

The Mexican wolf (Canis lupus baileyi), also commonly known as El Lobo, is the most genetically distinct ancestry of wolves found in the western hemisphere. It’s a subspecies of the gray wolf and the smallest in size of gray wolf types.

It stands 24 to 33 inches tall and has a dark colored coat of gray, brown and black thick fur with various facial patterns.

Wolves and wolverines are both powerful predators. Here’s what happens in wolves versus wolverines clashes.

Both wolves and wolverines are two species with similar characteristics. In fact, because of their similarities, wolverines were previously thought as belonging in the wolf family. But that’s wrong.

They actually belong in the weasel family.

These two categories of animals are known to be fierce and powerful predators. But how do they compare against each other? Let’s find out.

The African Golden Wolf goes by many names depending on its geographic location. Its scientific name Canis Anthus translates to “bird dog.”

This animal was classified as a variant of the Eurasian jackal all these years until a recent study by the Smithsonian Conservation Biology Institute identified it as a true wolf. The mistake is understandable; it bears an almost indistinguishable similarity with the jackal. However, it’s slightly larger in size than the jackal.

Nevertheless, it’s still close enough to the jackal to successfully cross-breed with it.

You could describe the red wolf as a trimmer version of its cousin, the gray wolf. This wolf was saved from extinction in the nick of time.

The red wolf is a native wolf of the eastern United States and one of most endangered canids alive today.

It’s characterized by its slimmer, trimmer build when compared to the larger gray wolf and its reddish/tawny color. Actually, it looks somewhat like a combination of a coyote and a gray wolf. Or, like a German Shepherd with a reddish tint.

These wolves are shy, secretive and typically hunt alone or in small packs. Also, they tend to be monogamous for life.

Here are 7 extinct wolf species and though some survived fearsome contenders like the saber-tooth tiger, none of them could contend with humans. 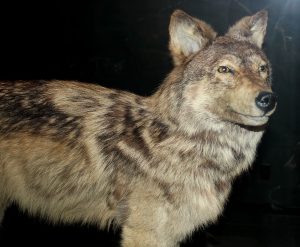 In addition, there are several other subspecies scattered across almost every continent on Earth.

But did you know that there used to be many more wolf species/subspecies on Earth?

In fact, if you think today’s wolves are fierce, you need to read about some of their ancestors that were larger, fiercer, and probably even faster than modern day wolves.

The staggering differences between the still-growing list of dog breeds are the effects of thousands of years of interbreeding to create over 150 distinct breeds. Charles Darwin thought that dogs were domesticated from many different types of wild dogs, but according to modern science, he was wrong.

Rather, DNA analysis on wolves and dogs indicate that dogs are direct descendants of the gray wolf.

Wolves of any species continue to fascinate us. Here are 10 facts about wolves you probably didn’t know. 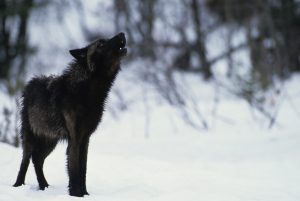 Despite wide-scale and almost worldwide persecution of this animal, the wolf continues to thrive.

Possibly there are few other land animals that fascinate yet terrify people as much as this creature.

Wolves have simply refused to be put down.

Though they were the first animals humans domesticated, there’s still so much we don’t know about them. Or, we just tend to forget.